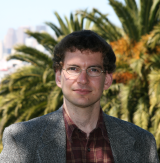 I gave a talk at WordCamp San Francisco this Saturday, May 1st: Bodysurfing the Blogosphere: How an Audience-Distributed Film Won Big. It’s an in-depth look at how audience distribution worked for Nina Paley’s freely-licensed film “Sita Sings the Blues”. The talk was live-streamed, and we expect to have the downloadable video in a few days; we’ll post it when it’s available.

Think of this talk as the story behind the numbers, with a big nod to the disintermediation technologies (including WordPress, which I’ve had running my personal blog for years) that made it possible for a filmmaker’s audience to become both her primary distributor and her primary source of income; the film also has commercial distributors, and I talked about that too.

Speaking of the blogosphere:

Our Artist-in-Residence, Nina Paley, has written a terrific post on her blog about why she stuck to her guns (er, or her USB sticks) and told Netflix no on DRM. She explained that they were welcome to offer her film Sita Sings the Blues on their streaming service only if they could offer it without Digital Restrictions Management that would interfere with viewers’ ability to see, save, and share the film. Netflix wouldn’t take off the DRM, and although Nina, as the licenseholder, could have granted them an exception, she chose not to, despite the considerable potential loss to her in viewers and in money.

She’s gotten a lot of comments on her decision, with some people saying they didn’t understand her objection to DRM on a streaming service. So she wrote a followup post What’s wrong with “streaming” DRM? that explains the issue so clearly that we’ll probably be appropriating it for this site at some point :-).

Enjoy both posts, and remember: one way to support her decision is to donate to the Sita Distribution Project. We’ve seen a spike in donations since she made her decision public, and that’s a great feeling.

3 Comments on "How an Audience-Distributed Film Won Big: talk at WordCamp SF"