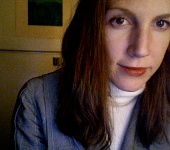 A media professional with several years of experience in distribution and production, Laure Parsons is a consultant and filmmaker specializing in new approaches and technologies. Most recently Director of Home Media Sale and Marketing at Zeitgeist Films, she has worked for National Film Board of Canada, New Yorker Films and Tribeca Film Festival. She can be found at xplusxfilms.com and infinicine.com.

In the past, high production and distribution costs have forced artists into a kind of gambling mentality. In order to reach audiences, artists had to rely on production companies and distributors, who in turn had to take a large percentage of revenues to cover the high costs associated with producing a film, making a run of books, or releasing an album.

Because distributors spread their risk across many different works, betting that a few will “make it big”, artists too were led to a lottery attitude: your work either won big or not at all. If a work had the fortune to make it big, it could sometimes make money for the artist despite many middlemen taking their pieces — but if it did not, the artist was unlikely to make much money at all.

Also, since the distributors would put more effort behind the works that served them better, the “successful” works tended to be the ones which had the most charged back against their royalties. So even the “successes” were of more benefit to distributors than to artists.

As cheap, digital means of production and dissemination emerge, however, a new paradigm for artists is emerging too. Filmmakers, musicians, and writers now have the opportunity to work in a more stable, less risky way — with an economic model like a corner shoe cobbler, with a skill and a loyal clientele. While it may not have the glamour of red carpets and stadium shows, it can be a life in which one’s vocation is sustainable, at a level that pays a living wage and allows one to be one’s own boss. One trades a small chance of making a lot of money quickly for a greatly improved chance of making some money steadily. For many artists, that’s a good trade-off.

Already many filmmakers are experimenting with separating theatrical or broadcast licensing from online distribution or nontheatrical screenings, in what is typically referred to as “hybrid distribution”. In film, most of the mechanisms available at this time for generating revenue online (such as iTunes, Netflix, and Hulu) require the filmmaker to use a middleman. Revenues from these services for independent films will generally not be more than $50K altogether, and they will most likely be under $10K for the first year or two, before subtracting the fees of the middleman. Some filmmakers cut out the middleman entirely and sell their films directly on DVD or online, arrange their own screenings, etc.

Other artists are exploring strategies that directly exploit the audience’s desire to connect with and support the artist. This is the approach taken successfully by Amanda Palmer (see “Why I’m not Afraid to Take your Money”) and Nina Paley (“Sita Sings the Blues”), for example. By completely giving up the small possibility of “going gold” in a centralized distribution system, they’ve opened up the more likely possibility of making a steady living through the support of a fan base that is best reached through decentralized means.

For the first time, it is possible for a filmmaker to make a film on a very small budget, use promotion and distribution methods that are low-cost or free, and find enough revenue to break even and possibly to support themselves in a basic fashion. It means you probably won’t become a millionaire, but in return your chances of being able to support yourself through your work go up, and they go up more the better your work is.

To succeed this way, artists must be realistic about the quality of their work — but that’s always been the case: engaging directly with audiences just makes it the case sooner. And artists have to learn some new skills. Finding and engaging with an audience can be time-consuming, and not all artists are equally suited to it. Fortunately, many aspects of this process can be outsourced, and in some cases distributors are learning to sell services to artists instead of trying to control access to their work. There are even tools that allow filmmakers to create their own distribution strategies while contracting others to do hard sales or theatrical booking.

Not everyone who can shine shoes is cut out to own their own shoe repair business, and not all artists are cut out to manage a small business in media creation. But for the first time, artists have a real choice about distribution, and for some of them, being a cobbler will have a lot more appeal than being a gambler.

4 Comments on "The Cobbler: A New Career Model for Artists and Entertainers"