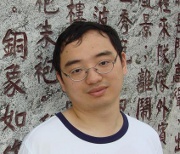 Raised in Mainland China and Hong Kong, Ho Simon Wang received his undergraduate education from Washington University in Saint Louis, USA and a Master degree in education from Oxford University, UK. He is currently living in Wuhan, China working as an English language teacher at Huazhong University of Science and Technology while pursuing a PhD degree in intellectual property rights at Zhongnan University of Economics and Law.

It is amazing how the Internet makes it possible for people to connect with one another in ways that were not possible a decade ago.  Jennifer Howard published an article “What you don’t know about copyright and should” in The Chronicle of Higher Education in May 2011.  As a research student on copyright from China, I was naturally drawn to this piece and quickly added a comment suggesting that any introduction to copyright would be considered incomplete without a few words on the free culture movement such as Open Source Software and Creative Commons.  My opinion was echoed by Mr. Karl Fogel at QuestionCopyright.org, who later invited me to write about “how people feel about copyright in China, especially focusing on the general public’s attitude toward copying and sharing and attribution” for QuestionCopyright.org.   This article is a result of that fortuitous interaction between Karl and me, which would have been unthinkable if access to Ms. Howard’s article were restricted by copyright.  This anecdote illustrates the first point I want to make about copyright in general: the copyright regime restricts the distribution of creative works and stifles the conversation that creative works may generate.  The Internet has emerged as an antidote to this restriction, as Karl and I could read and discuss Ms. Howard’s article online and work together for new articles on the same topic.

Earlier this year, I ran into a book named “Uncommon Sense- Economic Insights, from Marriage to Terrorism” when browsing Douban.com, one of the most popular social networking sites on books, movies and music for young people in China.  Authored by two leading scholars from America, the Nobel economist Gary Becker and U.S. Court of Appeals Judge Richard Posner, the book was translated into Chinese by a leading publisher and received a high rating from users at Douban.com.  But the Douban users also grudged about the relatively high price of the book- RMB 56 (the monthly stipend for a PhD student in China is about RMB 1,500). A Google search quickly located for me a free e-copy of the book, which was uploaded by some netizens to Sina.com, a major web portal in China.  The e-copy I got was the original English version, which I could read without worrying about the errors or loss of meaning in translation.

More importantly, I found one essay in the English version that has been expurgated from the translation- “Google in China” discussing how Internet companies like Google deal with censorship of Internet by the Chinese government.  It was ironic that the article was knocked out even though both authors expressed certain degree of sympathy with the Chinese government’s censorship policies for the sake of social stability.  Yet, this removed article on censorship illustrates a paradoxical situation in which many Chinese readers find themselves.  On the one hand, our access to information is constrained by the infamous Great Firewall that blocks Facebook, Youtube, Blogspot, as well as by the General Administration of Press and Publication that regulates paper-based publication.  On the other hand, the copyright regime restricts what we could read based on what we could afford: no doubt I have violated both international and domestic copyright laws when I downloaded a free e-copy of “Uncommon Sense” from Sina.com.  Here comes my second thought on copyright in China: unauthorized copying and distribution of materials from abroad may enable at least some Chinese to access information that is not otherwise available and thereby help build a more open and democratic China in the long term.

Under international pressure, the Chinese government is doing everything it can to promote copyright education.  Every year, events are organized all over the country to educate the public about the importance of respecting copyright.  But there is a general confusion over the distinction between unauthorized copying and plagiarism.  It has to do with an obscure principle in copyright laws, namely, the idea-expression dichotomy or the merger doctrine.  Because copyright originated from publishing,  it is is primarily concerned with protecting the expression of works – whereas the ideas expressed are not copyrightable.  In other words, it is illegal to copy or reproduce a work without authorization, but perfectly fine to borrow one’s ideas by paraphrasing.  Yet, if you talk with any scholars or professors in China, you will find that most authors are more concerned if others borrow their ideas without giving them credit.  It is not a big deal if their papers or journal articles are posted online by others without their authorization.  Some of the authors may even be pleased to know their ideas are more widely circulated so long as the works are attributed to their names and are not altered without their permission.  Copyright advocates often argue for more protection to produce stronger incentive for authors to create their works.  But scholars in general do not get paid for publishing academic papers.  In fact, many authors in China have to pay the publishers to get their work in print.  But publishing one’s works is considered a means to an important end: to get one’s works scrutinized and recognized by the academic community.  With certain number of papers published in leading journals, the scholars will get a tenured professorship and other opportunities to advance their career, e.g. providing consulting services for commercial companies.

So what can we do with plagiarism which is technically not illegal under the current copyright regime?  Recently, a software system similar to Turnitin has been adopted by many Chinese universities to check all master’s and PhD thesis against plagiarism.  Yet, it is fairly easy to outsmart the system by paraphrasing the papers one has to copy so that the software cannot find any verbatim copying.  In fact, a more straight-forward solution for plagiarism in China is simply to abolish all copyright protection for the academic works.  According to Linus’ Law, all bugs are shallow given enough eyeballs.  The mechanism of debugging for open source software can also be transplanted to the context of academic writing in China.  By removing all obstacles of accessing the academic papers, any incidents of plagiarism will be easily detected by the public.

In fact, the public has every right to access the scholarly works.  Recently, American scholars are making efforts to remove copyright restriction on their works on the ground that many research papers resulted from research studies sponsored by taxpayers’ money.  It makes little sense if the publishers appropriate the works’ copyright and charge the public again for access.  An even stronger case for free access to Chinese journal articles can be made considering the fact that most major research universities in China are funded by the central government and most papers with academic merit are based on research projects sponsored by the government.

Since the open door policy was adopted in China in early 1980s, the Chinese economy has taken off and Chinese people have enjoyed dramatic improvement of living standards.  Yet, many people are worried that the Chinese have become increasingly obsessed with material goods but ignored the equally important spiritual lives.  We spend more time watching TV and less time reading literature.  One important difference between TV programs and literate works is that while TV programs are freely accessible in China through sponsorship of the advertisers most books are copyrighted commodities that have become increasingly expensive in recent years.  The advent of the Internet may offer new opportunities for the Chinese to access more quality literate works under business models alternative to conventional copyright-based model.  With the help of new technologies, we the Chinese may find ways to circumvent both the government censorship regime and the copyright regime to forge a collective readership that is constructive and beneficial for all.