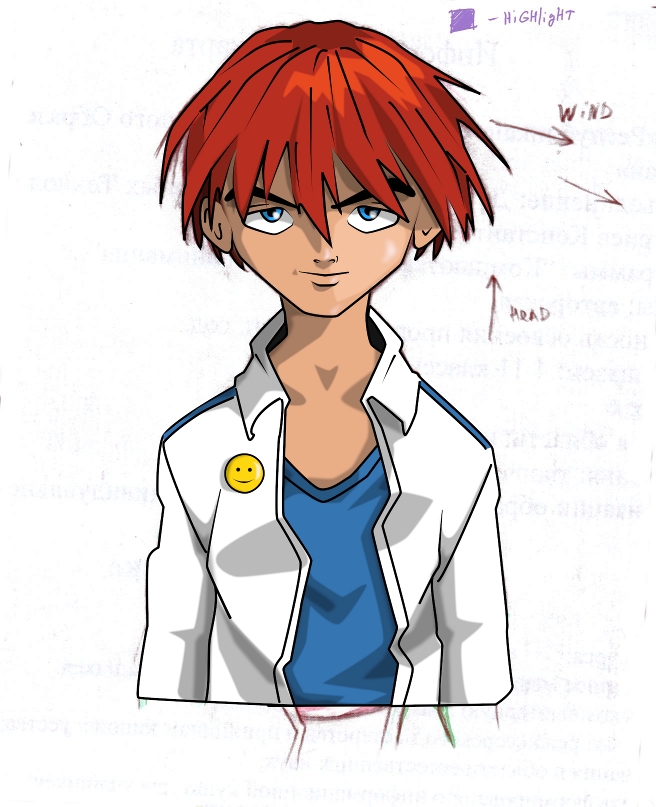 “Ivan Tsarevitch” from Morevna Project: I suppose you could call this “programmer art” since the artist is also one of the main developers of Synfig Studio (Konstantin Dmitriev | www.morevnaproject.org / CC-By-SA 3.0)

We need to change the words we use for serious free culture artists. I suggest “vocational“: “a vocational work”, “a vocational artist”, “artists who show vocationalism in their work”.

I thought about this as I was considering Nina Paley’s story about trying to submit some of her own (very much “vocational” and also “professional”) work to the Wikimedia Commons — only to be disbelieved on the basis that her work was of too high a quality! This concept of “professional” versus “amateur” work has bothered me for a long time. Partly this may be because I often seem to be stuck in between: am I a professional writer or an amateur one? I get paid to write for Free Software Magazine, but I don’t get paid very much, and I don’t get paid at all to write for Question Copyright. But both tasks are very much a part of my vocation as a writer and as a free culture advocate. I expect to be judged on the same scale as any professional.

Another objection is that the stigma of “amateurishness” is sometimes assigned to free culture art. People speak snidely of “programmer art” (though of course, a few programmers are quite good artists, and vice-versa). I honestly believe that some artists hold back from freeing their work not because they are really worried about remuneration, but because they fear that releasing it for free will somehow cheapen the work (or them) by making it “unprofessional” or “amateur”.

Of course, I’m bothered by that idea in itself. There’s something a little dirty about the fact that we have so elevated commerce that we now implicitly place professional work (made for money) above amateur work (made for love). Surely there ought to be something a little more holy about work gifted to the world out of an artist’s spiritual need than out of their need to pay the rent? (Not that paying the rent isn’t important, but there ought to be some respect for the long perspective).

“Professional” is often used incorrectly to imply a certain level of skill. But in fact, many works made for money lack such skill, and many skilled works are not done for money (some would say all the best works are done for love, and money is an afterthought).

“Amateur” is literally someone who works out of their love for the subject. And frequently amateur work is superior to professional work in the same field. But over time, perhaps due to some intentional marketing by vested interests, the term “amateur” has acquired a patina of disrespect as in “This work is amateurish”.

There is also another problem with “amateur” — it makes you feel like a total pig for criticizing the work seriously. Many people post amateur (and “amateurish”) work on the web hoping for encouragement. For them it’s just fun, and they want to have a peer group support them. They don’t want to take the work seriously, nor do they want to receive serious criticism (whether constructive or not). They don’t want to compete in the same league as professional artists, and that’s why they are publishing “amateur” work.

But then there are others, who do want to take their work seriously; who won’t get their feelings hurt by an honest appraisal; who are striving for their work to be just as good as any work out there — professional or amateur. What do we call that?

Some people — especially lawyers — like to refer to vocational (but amateur) work as “pro bono“. Which is fine, if you like Latin phrases, and of course I know that it really means “for the good” as in “for the public good”. But I have to confess it always makes me think “for the sake of [Sonny] Bono”, which, given that his name has become almost synonymous with the Copyright Term Extension Act always causes me some cognitive dissonance. Perhaps that’s silly. But a more reasonable objection is simply that most people who aren’t lawyers don’t know Latin very well. For me, it also carries the stigma of conditionalism: “pro bono” work is work that “ought” to be done for money, but is done for free under some special exemption — and I’d better be careful not to violate the terms of that exemption or they’re going to start charging.

“Semi-professional” and “serious amateur” are the terms I’ve used in the past, but I don’t like them. Both suggest some kind of fence-straddling incompleteness. 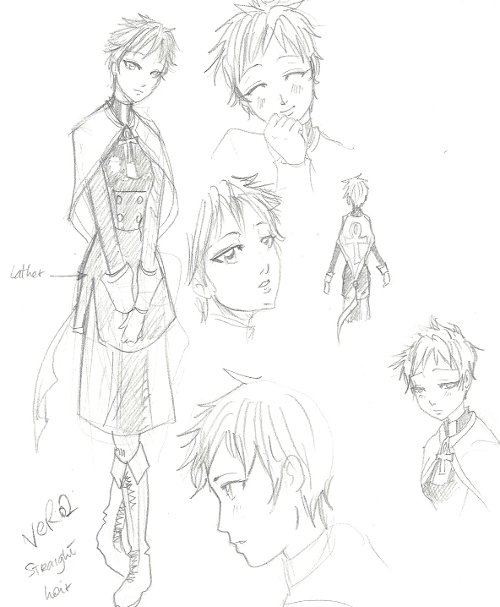 Concept art (a “model sheet”) for a character from Morevna Project, created by Eleonora Pala. As far as I know, all of her contributions are so far unpaid (Eleonora Pala | www.morevnaproject.org / CC By-SA 3.0)

And both of these words are still putting the emphasis on whether you get paid and how much you get paid for doing the work. Many artists would say that is totally beside the point, and I agree.

“Vocational” is a term which is sometimes associated with professional work, but also with unpaid work. What it really means is that the work is central to your life — that you take it seriously and intend to excel at it. In other words, it truly puts the emphasis on your commitment, and not whether your interest is pecuniary or not.

I’m a little bothered by the association with “vocational school” which, when opposed to college, implies a kind of intellectual lowness which some might object to. But there is also the idea of “vocations” which is the term used when people are driven to a task by religious or charitable motivations, that imparts a kind of spiritual uplift — something I believe is a part of many free culture artists’ worldview (i.e. they do what they do, at least partly, because they believe the world will be better for it).

Of course many vocational artists are also professional artists. Many are amateurs. The idea is to stop splitting them up on the basis of whether they get paid, but instead on whether they apply themselves to the work seriously.

I’m thinking of adopting this word “vocational” as the proper term of art in my own writing for artists who contribute to free culture works on a serious level. Perhaps it’ll catch on.

2 Comments on "For Love or Money: Vocationalism"