I can’t stress this enough — if you’re still wondering about the connection between copyright and civil liberties, nothing could make it clearer than Eben Moglen’s four-lecture series Snowden and the Future at Columbia Law School in New York City. The fourth lecture is this coming Wednesday, December 4th, at 4:30pm (Eastern US) in Room 101 of Jerome Greene Hall: 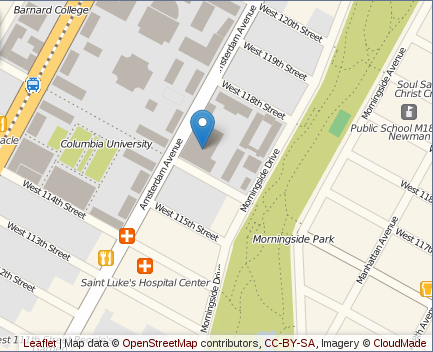 If you are in New York City on Wednesday, we strongly recommend going to that fourth and last lecture. Transcripts of the first three are already online (though I found them worth watching on video). Quoting from the third:

privacy is an ecological rather than a transactional substance

Moglen goes on to explain why very eloquently. It is a point of prime concern to copyright resistors: when every email, every post in a social network, every online communication among human beings, is subject to surveillance, then the system will always err in one direction: toward over-enforcement of already overly-strong restrictions. Surveillance naturally serves monopoly: the watcher is centralized, the watched decentralized. Thus, for example, it becomes your problem to fight fraudulent takedowns and other censorship, rather than being the censor’s problem to justify the restrictions in the first place.

Then on Thursday the 12th at 6:30pm ET, Prof. Moglen will be talking with the renowned security expert Bruce Schneier about what we can learn from the Edward Snowden documents and from the NSA’s efforts to weaken global cryptography, and how we can keep free software tools from being subverted. That event is also at Jerome Greene Hall; see here for details.

Monopoly will never argue for this. People have to do it. Copyright restrictions originated in centralized censorship and are increasingly supported by centralized surveillance. No one is analyzing the larger dynamic of surveillance better than Prof. Moglen. If you’re in New York this Wednesday and next Thursday, you know where to go.