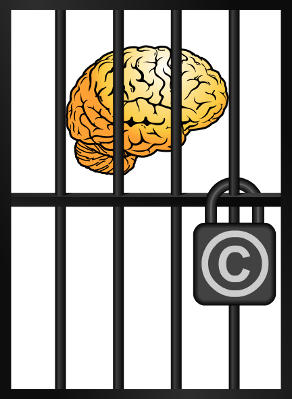 There’s been a persistent mistake in coverage of the Aaron Swartz case — a bad metaphor, but more serious than just a bad metaphor.  It’s a mis-framing that pulls people’s attention away from what actually happened and lures them into a familiar but wrong story.

This mistake has long been found in most coverage of anything related to unauthorized copying, including this case starting from Aaron’s arrest.  But it’s become even more noticeable now (and, to the many of us who care that Aaron’s life and work be represented accurately, more annoying) because there’s a particularly clear-cut example of it happening in many of the articles that focus on the prosecutorial overreach in this case.

I’m referring to the bizarre idea that when someone copies data, they’ve “taken” it from someone else, and that therefore it makes sense to talk about “returning” the data.

In Aaron’s case, journalists usually write some variant of this statement:

Aaron Swartz returned the data to JSTOR, and JSTOR then considered the matter over.

I don’t remember where I first encountered this misleading “returned the data” trope (there have been so many instances!), but one of the earliest times was in JSTOR’s own statement, from which some journalists may be unconsciously taking their cue:

“…Aaron returned the data he had in his possession and JSTOR settled any civil claims we might have had against him in June 2011.” (JSTOR, Jan 2013)

(Or perhaps they’re taking their cue from U.S. Attorney Carmen Ortiz, whose office initiated Aaron’s prosecution, and who said of it with almost wilful self-delusion “Stealing is stealing, whether you use a computer command or a crowbar, and whether you take documents, data or dollars.”  No, I’m not kidding.  Yes, she really said that.)

“Among the most frustrating components of the ordeal was the fact that JSTOR, ostensibly the most overtly wronged party, had declined to press charges against Swartz after he returned the downloaded documents.”  (Rolling Stone, 16 Feb 2013)

There are so many other examples… this week, it happened in The New Yorker:

“Soon after his arrest, he returned the data he had taken, and JSTOR considered the matter settled” (The New Yorker, 11 Mar 2013)

I finally felt driven to write a letter, though it feels like bailing out the ocean at this point:

Larissa MacFarquhar, in her article on the Aaron Swartz case (“Requiem for a Dream”, March 11th), perpetuates a common misunderstanding when she writes “Soon after his arrest, he returned the data he had taken, and JSTOR considered the matter settled”.

Aaron couldn’t have “returned” anything because he didn’t “take” anything.  His computer asked JSTOR’s servers to make copies of their data and send those copies to him, which they did.  The metaphor of “return” is nonsensical because JSTOR never lost anything in the first place.  Four pages later MacFarquhar quotes Swartz himself making this point: “…downloading isn’t stealing.  If I shoplift an album from my local record store, no one else can buy it.  But when I download a song, no one loses it and another person gets it.  There’s no ethical problem.”

What MacFarquhar should have written was that Aaron Swartz destroyed his copies of the data, and that JSTOR was satisfied with this destruction — a very different notion than that of “return”, but a much more accurate one.

What can we do to get journalists to see that copying is not theft?  That data is not a physical object that needs to be “returned”?  That JSTOR was satisfied by copies of academic articles being destroyed, not returned?  That’s a pretty big difference: returning vs destroying.  It’s important to get it right.